We are gathered here today to bestow the highest IGIP Award on Professor Dr. Michael Auer.

This honor, which Michael Auer deserves today, is an expression of his many years of selfless work for the International Society of Engineering Pedagogy. Both as President and as General Secretary of the IGIP, he developed the visions and goals of the IGIP and knew how to provide a platform for the variety of different approaches to engineering education in the countries.

Allow me to give some details about Michael Auer's life without claiming to be exhaustive.

Prof. Dr. (mult.) Michael E. Auer was Vice-Rector and Professor of Electrical Engineering at Carinthia University of Applied Sciences Villach, Austria for more than 25 years until the end of 2020. His scientific work is focused on technology enhanced learning and remote working environments, especially in engineering. For many years he had a teaching position in Microelectronics at the University of Klagenfurt. Furthermore, worked as a visiting professor at the Universities of Amman (Jordan), Brasov (Romania) and Patras (Greece). In 2017 the Obuda University Budapest (Hungary) appointed him the title of an Honorary Professor.

He works as an evaluator and coordinator of European Union funded research projects and is member in expert groups of the European Commission.

Michael Auer is Founding-President and CEO of the "International Association of Online Engineering" (IAOE) since 2006, a non-governmental organization that promotes the vision of new engineering working environments worldwide.

Furthermore, he is one of the founders of the "Global Online Laboratory Consortium" (GOLC). GOLC is the result of an initiative started in 2009 at MIT to coordinate the work on educational Online Laboratories worldwide.

From 2010 - 2016 he served as President of the "International Society of Engineering Education" (IGIP). Now he is General Secretary of IGIP.

As founder and owner Michael Auer’s main field of action at the present is ‘CTI Global’, which focuses on the support and promotion of educators in publishing their ideas, results, and experiences in the scientific work, offering special conditions for lower income countries under inclusion of many volunteers from all over the globe

Back to Michael's activities regarding IGIP. Michael Auer is the person who has significantly shaped the work of the IGIP in recent years and who has developed the IGIP into a stable and respected scientific society for engineering pedagogy covering many countries.

It is an honor for me to present my dear friend and colleague, Michael Auer, with this highest IGIP award, the TESLA Award, on the occasion of our anniversary. 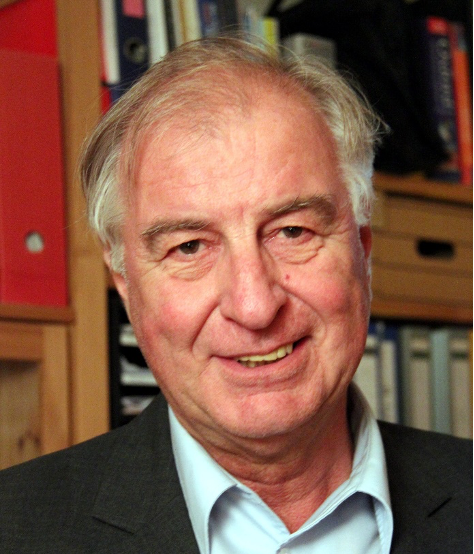